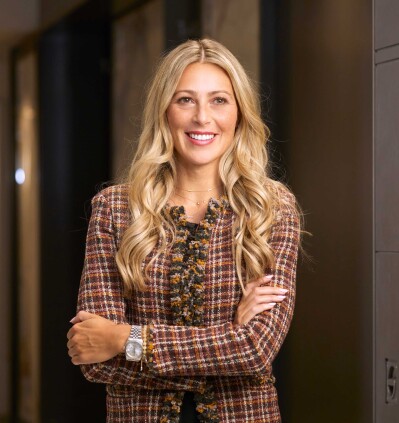 University of Calgary, Bachelor of Laws, 2009

University of Calgary, Bachelor of Commerce (with Distinction), 2005

Ashley's focus is on:

Ashley is the Chair of the Student Committee and the Associates' Committee (Partner member) at BD&P. She is also:

Ashley has also presented at various conferences, panels, seminars, and other events, including:

Ashley has articles, chapters, and journals published in various publications, including:

Counsel to a syndicate of underwriters led by CIBC in Tidewater Renewables Ltd.'s initial public offering of 10,000,000 common shares for gross proceeds of $150 million.

Canadian counsel to the Scoular Company, a large, privately-owned US agricultural commodities trading company, in the sale of its edible bean business, which included processing plants in St. Hilaire, Minnesota, U.S.; Plum Coulee and Morden, Manitoba; and receiving stations in Garske and Grafton, North Dakota, U.S., to Cooperative Elevator Co., for approximately US $25 million.

Bellatrix Exploration Ltd.'s divestiture of substantially all of its assets

Counsel to Bellatrix Exploration Ltd. in its divestiture of substantially all of its assets to Winslow Resources Inc., a wholly-owned subsidiary of Return Energy Inc. (renamed Spartan Delta Corp.), in the context of Bellatrix’s proceedings under the Companies’ Creditors Arrangement Act.

Counsel to PrairieSky Royalty Ltd. in the $250 million acquisition of a 4% gross overriding royalty on current and future phases of Lindbergh SAGD thermal oil project from Pengrowth Energy Corporation.

Counsel to the underwriters in the initial public offering of PrairieSky Royalty Ltd. of common shares for a total of $1.67 billion conducted by way of secondary offering by Encana Corporation.

Sale of natural gas assets in British Columbia and Alberta

Counsel to a potential bidder on the sale of Enbridge Inc.'s Canadian natural gas gathering and processing business in the Montney, Peace River Arch, Horn River and Liard basins.

Recognized by Chambers Canada as an up and coming lawyer in energy: oil and gas (transactional) (2020-2023)

Let’s talk about royalties: the continued uncertainty surrounding the creation and legal status of the overriding royalty

Vesting off interests in land: the latest Dianor decision