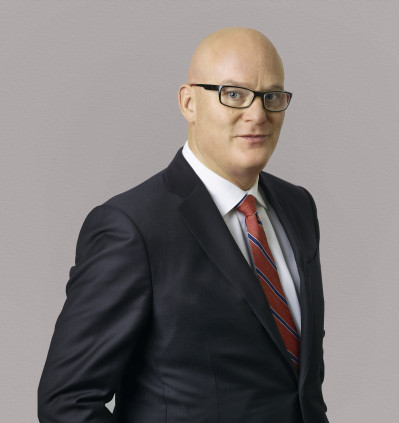 University of Manitoba, Bachelor of Laws, 1999

Trevor's focus is on:

Counsel for a guarantor in the defence of an action for an alleged $40MM deficiency arising from the receivership and liquidation of a group of sales and leasing companies.  The Court held that the guarantor was not precluded by res judicata, issue estoppel or abuse of process from raising various defences at the trial of the guarantee action, including breach of fiduciary duty, economic duress, and breach of the duty of good faith.  Those defences had not been expressly or impliedly adjudicated in the insolvency proceedings, and the lender should not be granted summary judgment.

Successful application to discharge a caveat and Certificate of Lis Pendens

Counsel to a real estate developer in a successful application to discharge a caveat and Certificate of Lis Pendens from title to its lands, which were holding up a construction project.(1704455 Alberta Ltd v. Sage Property Development Inc., 2020 ABQB 776).

Successful land titles dispute against the City of Calgary

Counsel for a homeowner who was sued by the City of Calgary, which claimed ownership of a portion of her front yard under a decades-old road plan that had inadvertently not been registered at Land Titles. The Court held that the road plan could not defeat or supersede the innocent homeowner's indefeasible title to her property. The Court also awarded the homeowner full indemnity for her legal costs. (Calgary (City) v. Teulon, 2021 ABQB 388, 2021 ABQB 501)

Successful occupiers' liability trial against the City of Calgary

Counsel to a plaintiff in an occupiers' liability trial, which found that the City of Calgary had breached the Occupiers' Liability Act by failing to have adequate security measures in place at a Light Rail Transit station and connected Plus 15 walkway on New Year's Eve. The failure to have adequate surveillance camera placement and quality, sufficient lighting, an effective video monitoring system, or sufficient peace officer patrols, contributed to an unsafe environment. This prevented Transit employees from observing or detecting a serious and prolonged series of assaults against the plaintiff, deploying peace officers or Calgary Police to intervene, or taking other steps to mitigate the harm. (McAllister v. Calgary (City), 2018 ABQB 480). The decision was upheld by the Court of Appeal, subject to a clarification concerning the time within which the City ought reasonably to have detected and responded to the assault. (McAllister v. Calgary (City), 2019 ABCA 214). On January 9, 2020, the Supreme Court of Canada denied the City of Calgary leave to appeal the Alberta Court of Appeal's finding of liability in McAllister v. City of Calgary.

Successful summary dismissal on behalf of an oil and gas company

Counsel to a junior oil and gas exploration company in the successful summary dismissal of an action based on an alleged breach of a confidentiality agreement, upheld by the Court of Appeal. (Beaumont Resources Ltd. v Cardinal Energy Ltd., 2017 ABCA 416).

Counsel to a major energy producer in the summary and consent dismissal of over $125 million in contractual damage claims under a seismic data license agreement. (Geophysical Service Incorporated v. Suncor Energy Inc.), 2017 ABQB 465

Successful decision before the Alberta Court of Appeal

Counsel to an Alberta corporation in a successful appeal reinstating an action that had been assigned to it by a receiver, but struck by a Judge on the grounds of champerty and maintenance. (1773907 Alberta Ltd v Davidson, 2015 ABCA 150).

Dispute regarding conflict of laws

Counsel to a real estate developer in actions against a group of U.K. purchasers who had defaulted under agreements to buy condominium units. The matter went to trial and included a successful interim attachment order preventing the defendants from transferring or disposing of their Alberta assets prior to trial. (Qualex-Landmark Investments Inc. v. Soroya 2011 ABQB 354 and Qualex-Landmark Investments Inc. v. Soroya 2009 ABQB 689).

Successful action against a condo developer

Counsel for a condominium purchaser in a successful application to rescind the purchase agreement due to the developer's failure to provide or meet a fixed or ascertainable occupancy date. The Court ordered the return of the purchaser's deposits, and held the director of the development corporation personally liable for breaching the trust provisions of the Condominium Property Act. (Avli BCR Developments Inc. v. Ulsifer, 2022 ABQB 81.)

Counsel to a developer in a successful appeal of a Judge's decision declaring a purchase agreement null and void where the developer had failed to register a Condominium Plan by a specified date. (Swan Group Inc. v. Bishop, 2013 ABCA 29).

Counsel to a franchisee in a successful injunction application and trial relating to the wrongful termination of franchise agreements which resulted in the reinstatement of the agreements, a ten year renewal of the expired agreement and a finding that the franchisor had acted in bad faith. (760437 Alberta Ltd. v. Fabutan Corp. 2012 ABQB 266).

Litigation advice to a group of energy companies

Named as a litigation star by Benchmark Litigation Canada (2021-2022)

Recognized as a future star in Benchmark Litigation Canada (2019-2020)

Alberta Court of Appeal decision on liability has national implications