Modernizing Canadian competition laws: The first in a series of anticipated amendments come into effect

Canada's Bill C-19 (Budget Implementation Act, 2022) passed the third reading in the Senate and received Royal Assent on June 23, 2022. The Bill contains important amendments to the Competition Act (the "Act"), which passed without amendments to the initial proposal. The majority of these amendments (collectively, the "Amendments") came into force on June 23, 2022[1] and are part of the federal government's efforts to modernize competition law in Canada, representing the initial step of a more comprehensive review and reform. In the Competition Bureau's own words, "[m]odernizing our laws for today's reality will better protect and promote competitive markets for the benefit all Canadians and Canada's long-term economic prosperity."

As one step in that modernization, the Amendments introduce a number of new provisions to the Act—some of which represent an expansion of the penalties, application, and accessibility currently available under the Act—while others represent a codification of existing competition law jurisprudence. Below we summarize the following important updates that are incorporated by the Amendments:

(b) additional factors to consider when reviewing arrangements between competitors (s. 90.1) and mergers (s. 93) of the Act.

(c) the codification of drip pricing as a deceptive marketing practice;

(d) the expansion of criminal sanctions to apply to wage-fixing and no-poach agreements made among employers;

(e) increased civil and criminal penalties available under Act; and

Abuse of dominance and private access to the Tribunal

The Amendments expand the scope of the abuse of dominance provisions. Broadly, the Competition Bureau describes abuse of dominance as occurring when, "a dominant firm or a dominant group of firms engages in a practice of anti-competitive acts, with the result that competition has been, is, or is likely to be prevented or lessened substantially in a market." The prohibition against this practice is currently outlined in s. 79.  Notably, as alluded to above, s. 79(1)(b) requires that "anti-competitive acts" have occurred in order to establish abuse of dominance.

The Amendments also include additional factors that the Tribunal may consider when assessing conduct that could potentially amount to abuse of dominance. These factors are:

(a) the effect of the practice on barriers to entry in the market, including network effects;

(b) the effect of the practice on price or non-price competition, including quality, choice or consumer privacy;

(c) the nature and extent of change and innovation in a relevant market; and

(d) any other factor that is relevant to competition in the market that is or would be affected by the practice.

The inclusion of all but one of these factors represents a codification of existing jurisprudence under the case law as well as the Competition Bureau's Abuse of Dominance Enforcement Guidelines. The single exception is that the Abuse of Dominance Enforcement Guidelines do not currently contemplate the effect of conduct on "consumer privacy". The addition of "consumer privacy" as a factor for analysis is new, but not surprising.  In the past few years the Competition Bureau has focused on the application of competition laws to the digital economy. Consumer privacy concerns are very much a part of this focus.[2]

The Amendments also introduce additional factors that the Tribunal may consider under ss. 90.1 and 93 of the Act.  S. 90.1 addresses non-criminal agreements or arrangements made between competitors that prevent or lessen competition substantially, while s. 93 addresses factors the Competition Bureau may consider in connection with mergers. The additional factors are the same as the additional factors for analysis in connection with abuse of dominance claims. With the exception of "consumer privacy", the addition of these factors simply codifies existing jurisprudence, as well factors already considered by the Competition Bureau, as set out in the Competitor Collaboration Guidelines as well as the Merger Enforcement Guidelines.

The Amendments include a new provision that expressly prohibits drip pricing as a deceptive marketing practice under the criminal and civil false and misleading advertising provisions. Specifically, the Amendments note that, "the making of a representation of a price that is not attainable due to fixed obligatory charges or fees constitutes a false or misleading representation."  The exception being, however, when those obligatory charges or fees represent only an amount mandatorily imposed by Parliament or a provincial legislature.

Efforts to tackle drip pricing by the Competition Bureau are not new. Notably, the Bureau has undertaken enforcement actions and investigations against rental car companies, online ticket sales companies, and others in recent years. That being said, the introduction of a specific drip pricing provision in the Act provides greater clarity that drip pricing is prohibited as a deceptive marketing practice. In addition, it may make it easier for the Competition Bureau to tackle drip pricing as opposed to when the Bureau previously relied on the more general deceptive marketing practices provisions.

Expansion of criminal sanctions to wage fixing and no-poach agreements

The Amendments also expand the per se criminal competitor collaboration provisions in s. 45, which makes criminal sanctions available in instances of conspiracies, agreements, or arrangements between competitors.  Specifically, s. 45 is expanded to include wage-fixing and no-poach agreements made among employers.  These provisions are per se criminal offences, meaning they do not require that adverse competitive effects be established to prove the offence has occurred. Notably, as these particular amendments are very new, they will not come into force for an additional year, on June 23, 2023, which will give companies time to review their internal practices and arrangements with competitors.

The new provision, s. 45(1.1), makes it an offence for employers (who are not affiliated) to, "conspire, agree, or arrange" to either: "(a) to fix, maintain, decrease or control salaries, wages or terms and conditions of employment; or (b) to not solicit or hire each other’s employees." The penalty for this conduct could range up to imprisonment of 14 years, and/or a fine in the discretion of the court.  The ability for courts to set a fine in their own discretion also represents a broadening of the penalties available under s. 45, whereas previously the provision limited fines to a cap of $25 million. For more on increased penalties, see "Increased Penalties" below. The expansion of criminal sanctions to wage-fixing and no-poach agreements represent a departure from the Completion Bureau's previous stance on the matter. In 2016, the United States Department of Justice's Antitrust Division and Federal Trade Commission noted that it would proceed with criminally investigating no-poach and wage-fixing agreements that were, "unrelated or unnecessary to a larger legitimate collaboration between employers." However, the Competition Bureau issued its own guidance for Canada in 2020, confirming that it would not assess no-poach and wage-fixing agreements criminally—seemingly because the wording of s. 45 at that time was not sufficiently broad enough to allow it to do so. However, going forward, the Amendments clearly mean that no-poach and wage-fixing agreements are potentially subject to criminal sanctions. This brings Canada in line with the approach taken in the United States.

As noted above, the Amendments remove the $25 million dollar cap currently set for s. 45 criminal conspiracy offences and now permit financial penalties "in the discretion of the court". In addition, the Amendments also increase certain civil administrative monetary penalties ("AMPs") available under the Act. The increase in AMPs come in two areas:

(a) For deceptive marketing practices (which, as noted above, now explicitly includes drip pricing), the Amendments increase the penalties available to corporations to up to either three times the value from the deceptive conduct, or, if that amount cannot be determined, 3% of the corporation's annual worldwide gross revenues. Previously, the Act capped penalties in such situations to $10 million for the first offence and $15 million for each subsequent offence.

(b) For the abuse of dominance provisions, the Amendments also increase the penalties available up to either three times the value from the anti-competitive conduct, or, if that amount cannot be determined, 3% of the person's annual worldwide gross revenues.  As with deceptive marketing practices, the Act previously capped penalties in such situations to $10 million for the first offence, and $15 million for each subsequent offence.

Alongside increased civil penalties, the Amendments also introduce a new anti-avoidance rule for notifiable mergers under Part IX of the Act. Broadly, Part IX of the Act requires parties to provide notification of certain proposed transactions that exceed specified monetary thresholds. The Amendments introduce a new provision, s. 113.1, which stipulates that if a transaction is designed to avoid the application of Part IX, then it nevertheless will still be subject to Part IX and the notification regime. Going forward, it is not clear what a transaction that is designed to circumvent Part IX would look like, or how the new anti-avoidance rule will be applied in practice. We might speculate that the Competition Bureau could attempt to use this provision to limit or restrict access to the unincorporated joint venture exception to pre-merger notification under Part IX of the Act.  But that remains to be seen.

As noted above, the Amendments have received royal assent, and (excepting the no-poach and wage-fixing provisions) are now in force.

The federal government is expected to continue to review the Canadian competition legislation and propose additional amendments in time. The Amendments (and likely the amendments to come) are not insignificant and will likely have a large impact on business practices in Canada. Canadian businesses should establish a process for reviewing their internal policies and competitor relationships each time new amendments are proposed to ensure they comply with changes as they are enacted.

If you have any questions about the Amendments or competition in Canada, please reach out to any member of our Competition and Foreign Investment Group.

[2] The Competition Bureau began its one-year term as President of the International Consumer Protection and Enforcement Network (ICPEN) on July 1, 2020, leading the network of consumer protection and law enforcement authorities from over 65 countries, representing approximately 5 billion consumers worldwide.

[3] Previously, private access to the Tribunal was limited to conduct that may be reviewed under different provisions, including s. 75, which addresses refusal to deal, s. 76., which address price maintenance, and s. 77, which address exclusive dealing, tied selling and market restriction. 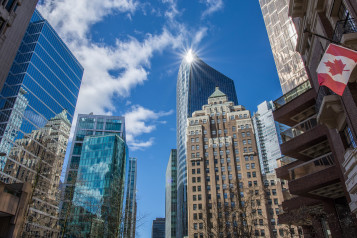 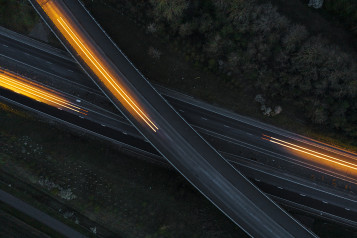 National security review of foreign investments will be a ce...