On September 30, 2022, the Alberta Court of Appeal released its decision in Cavendish Farms Corporation v. Lethbridge (City), 2022 ABCA 312. The Court found that the reasons provided by the Composite Review Assessment Board (the Board) were not justified and set the Board's decision aside. This case is a rare example of a specialized tribunal's decision being found unreasonable.

The Matters Relating to Assessment and Taxation Regulation, 2018 (MRAT) governs how tax matters must be assessed for properties in the City of Lethbridge (the City). Part of that assessment requires categorizing property such that the correct taxation regime can be applied to it.

In this case, the parties disagreed about the proper category to be applied to improvements on a production line that processes raw potatoes into packaged, frozen food products (the Production Line) at Cavendish's potato processing plant (the Facility).

The difference in classification was material, as classifying the Production Line as M&E would reduce the assessment by over $28 million.

The Board dismissed Cavendish's appeal. The Board's reasons were scant. Out of the 9 pages dedicated to the majority's reasoning, 7 were spent summarizing the parties' positions. The reasons did not consider any of the conflicting evidence or positions presented by the parties. Instead, the Board only provided summary conclusions. In doing so, some of the disputed equipment on the Production Line was not discussed at all.

The Board's decision was upheld on judicial review, where Justice Nation found that the reasons were "justifiable". Cavendish then appealed the judicial review decision to the Court of Appeal.

Was the Board's decision a reasonable one, within the meaning set out in Canada (Minister of Citizenship & Immigration) v. Vavilov, namely, were the Board's reasons justified, intelligible, and transparent?

Discussion of the decision

The Court of Appeal followed the Supreme Court's decision in Vavilov in determining that the Board's reasons failed to meet the standard for a "reasonable decision". As noted by the Supreme Court in Vavilov, a reasonable decision is "one that is based on an internally coherent and rational chain of analysis" that operates within the bounds set by the record. A decision must be justified "in relation to the constellation of laws and facts that are relevant to the decision". A decision will be unreasonable if it fails to reveal a rational chain of analysis leading to a conclusion.

The Court of Appeal determined that the Board's majority reasons were "very sparse reasons in light of the record" and did little to illuminate the reasoning process that led to the majority's conclusion.

The Board's majority merely presented their chosen definition of M&E to be applied under the MRAT, without providing a proper analysis. Thus, the reasons regarding whether the improvements were M&E consisted of no more than a conclusion of the issue. The analysis thus ignored some of the statutory language in the definition of "machinery and equipment" and applied an unfairly narrow interpretation to that phrase. The majority's failure to present how they grappled with the language of the MRAT led to the Board making an unreasonable decision.

Ultimately, the Court of Appeal held that the Board "simply repeating statutory language and making peremptory conclusions without explanation…does not…attract deference". The appeal was allowed and the Court remitted the matter back to a new panel of the Board for a new hearing.

Appellate courts across the country continue to apply Vavilov in a manner that holds administrative tribunals to a higher standard than that prescribed under Dunsmuir. The Court of Appeal's decision reflects the emphasis in Vavilov that while tribunals are entitled to deference, such deference is earned with intelligible and logical reasons that address the arguments made by the parties.

It is no longer sufficient for a tribunal to come to a summary conclusion and expect a court to fill in the reasoning. The reasoning must be apparent in the decision. That is particularly so where there is considerable conflicting evidence on the record. As such, while specialized tribunals will continue to enjoy considerable deference in their decision-making process, such deference will only be granted if the reasons are clear and intelligible.

BD&P lawyers have extensive experience appearing in front of both regulatory tribunals and appellate courts. If you require assistance in these areas, please reach out to our team. 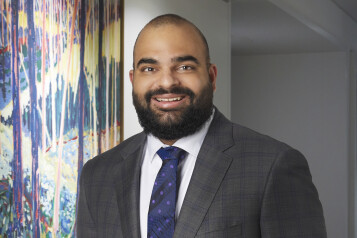 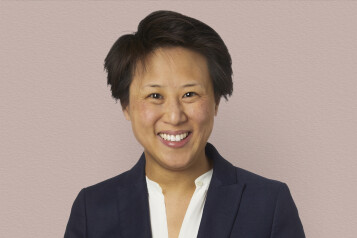