After more than 50 years, David Haigh, K.C. will be leaving Burnet Duckworth & Palmer LLP at the end of the year.

Said David, "BD&P has been my home for most of my career as a practicing lawyer.  I am proud to have worked with so many capable and admirable colleagues. I trust you will all keep up the best of our tradition, high standards of performance and support for one another."

Called to the Alberta Bar in 1965, David’s practice initially focused on commercial litigation. He was appointed Queen’s Counsel in 1984. His experience as a pre-eminent Canadian litigator prepared him for a broad ranging arbitration practice. David is now regarded worldwide as a leading Arbitrator. He serves on international tribunals dealing with a broad range of subject matters, including investor-state and commercial disputes, and energy, intellectual property, and telecommunications issues.

David is a Fellow of the American College of Trial Lawyers and of the Construction Lawyers Society of America, as well as a Fellow and Chartered Arbitrator of the Chartered Institute of Arbitration (F.C.I.Arb., C.A. C.I.Arb.). David served as the national Chair of the Canadian ICC Committee for 6 years and as a Director of the American Arbitration Association (AAA) for 12 years. He was a Founding Member of the Western Canada Commercial Arbitration Society (WCCAS).

David is recognized nationally and internationally as a leader in the field of international arbitration. His many achievements are consistently recognized in global directories and awards. He has been honoured with the “Distinguished Service in Canadian Arbitration award”, one of the highest honours for Canadian arbitrators. It was presented to David in recognition of his exceptional contribution as a leading advocate and arbitrator in the field of international commercial arbitration, and his longstanding commitment to the advancement of the practice of arbitration in Canada.

Chambers Global Guide to the World’s Leading Lawyers for Business had this to say about David: “[he is] well respected in the international sphere” and is endorsed as “one of the pioneers of international arbitration”. One source added: “He is a highly qualified and very diligent arbitrator.”

"David has been instrumental in the development of BD&P’s litigation and international commercial arbitration practices. Over the years, a number of our lawyers have worked alongside David as his co-counsel. David has a brilliant legal mind. His approach to an issue is both creative and sensible. He exudes good judgment. The opportunity to learn from the best has been invaluable." says Louise Novinger Grant K.C., Litigation Partner at BD&P.

"David is, no doubt, a giant in the global arbitration community. His dedication to excellence, wisdom and fair-mindedness has propelled him to the top of arbitrator lists in Canada and abroad. He has been an inspiration to many, both within the firm, and outside it—a champion for Canadian arbitration talent and its industry. I am so grateful for the years I've had to mentor under him." noted Joanne Luu Litigation Partner at BD&P.

The team at BD&P extends its sincere gratitude for David’s extensive contributions, enduring leadership, and abiding friendship over his many years at the firm. 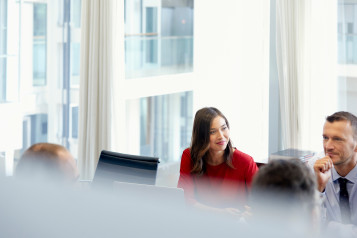 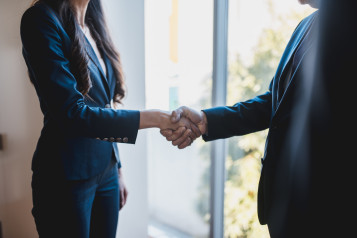