We've gathered the general principles with respect to the judicial interpretation of these terms, as well as some illustrative examples.

The principles for satisfying “best efforts” standard have been enumerated as follows:[1]

Examples of situations where the standard was not met include:

Examples of where the standard was met:

Generally, there are more decisions where this standard is found to not have been not met than where it was met. Shy of impossibility, the best efforts standard imposes onerous obligations on the party that agrees to be bound by such a clause.

Standard was not met:

While this standard imposes a less onerous obligation on a party, it also results in considerable uncertainty with respect to what level of effort will be sufficient. Contractual matrix, including the purpose of the contract, pre-contract and post contractual relations between the parties, are all considered in order to determine what level of effort is needed.

4. Where The Contract Is Silent

Where a condition precedent exists in a contract (meaning that the parties can walk away from the contract if something does or does not occur), which one party is obligated to satisfy, the Courts imply a best effort standard.[9]

Recently, the Court also implied a reasonable efforts standard in a contract that did not have such a term. The plaintiff, Cor-Ex, was in the business of hauling water to fracking sites. For this, it had a number of contracts in place to receive water. The relevant contract was between Cor-ex and Associated Aggregates, under which Associated Aggregates was required to supply water exclusively to Cor-ex and Cor-ex was required to market the water. Associated Aggregate refused to honour the agreement, but argued that it should be released from the obligation to supply water due to Cor-ex's breach of the implied obligation to use best efforts to purchase/market its water.

The Court found that the parties intended that Cor-ex use reasonable efforts to buy/market the defendant's water. Given that Cor-ex had multiple water suppliers in place, it did not make sense to impose an obligation on Cor-ex to put the interests of Associated Aggregate above their own or change the way that they do business, absent an explicit term to that effect. Overall, the Court indicated that Cor-ex's other obligations made them unable or unwilling to provide marketing efforts on behalf of Associated, that could constitute a breach of its implied obligation under the Contract. But there was no evidence that Core-ex failed to market/sell the water.[10]

There remains considerable uncertainty in how the Courts interpret and deal with "reasonable effort" and "commercially reasonable best efforts" clauses in the contracts. Much falls to the factual and contractual circumstances of the case, which can result in litigation. At the same time, the "best efforts" standard imposes onerous obligations, while also offering some certainty over what level of effort is required. Reach out to the author or any member of our Litigation or Business Law group if you have questions or need help in negotiating terms of a potential contract or navigating a potential dispute.

The Caterpillar that outdid the Puma 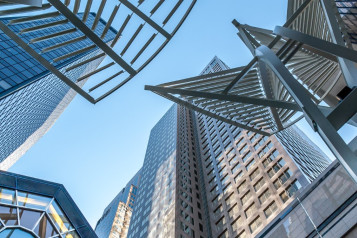 Incentives for CCUS in Alberta