Securities tribunal uses public interest jurisdiction to prevent Group Mach’s offer for Transat A.T. from getting off the ground

On August 11, 2019, Quebec's Financial Markets Administrative Tribunal (the Tribunal) issued its decision in Transat AT Inc. v. Group Mach Acquisition Inc. In a 2-1 majority decision, the Tribunal invoked its public interest jurisdiction and issued a cease trade order against the offer made by Group Mach Acquisitions Inc. (Group Mach) to acquire 19.5% of the outstanding Class B voting shares (Class B shares) of Transat A.T. Inc. (Transat) at a price of $14.00 per share (the Group Mach Offer).

While the Group Mach Offer was structured as a "mini-tender" (such transactions generally fall outside the scope of the formal take-over bid rules), the Tribunal's decision highlights the broad discretion that securities regulators have to block transactions that are considered to be abusive to investors and the capital markets, notwithstanding strict compliance with securities laws.

The majority of the Tribunal began by summarizing the statutory framework together with the relevant case law and highlighted the principles to be considered in determining whether to intervene on the grounds of public interest. In applying these principles, the majority of the Tribunal focused on three primary factors in finding that the Group Mach Offer was abusive and that the Tribunal should exercise its public interest jurisdiction to issue a cease trade order:

In reviewing the overall structure of the Group Mach Offer, the Tribunal noted that there were no rules or regulations preventing the Group Mach Offer from being structured to avoid the application of the formal take-over bid rules under NI 62-104 or with the stated purpose of defeating a competitor's offer. Notwithstanding this fact, the Tribunal identified a number of interrelated elements that, when considered together, raised public interest concerns that required intervention from the Tribunal. These included the following:

In finding that the Group Mach Offer was an innovative proposal which was outside the scope of the specific regulatory framework for take-over bids, the dissenting judge would have dismissed the Transat application. The dissenting judge highlighted the following key points in reaching his decision:

Following the majority decision of the Tribunal to invoke its public interest jurisdiction and cease trade the Group Mach Offer, Air Canada nevertheless raised its offer price under the Air Canada Arrangement from $13.00 to $18.00 per share and in doing so, was able to enter into a voting support agreement with a significant Transat shareholder. Approximately 95% of the Transat shareholders present at the shareholder meeting voted in favour of the Air Canada Arrangement. As of today (November 18, 2019), Transat and Air Canada continue to pursue domestic and foreign regulatory approvals, including under the Competition Act (Canada).

This decision serves as a reminder to market participants that securities regulators have broad powers under the public interest jurisdiction and may intervene on novel and complex transaction structures notwithstanding the absence of any breach of securities laws or compliance with the regulatory framework. 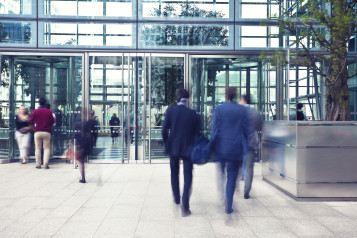