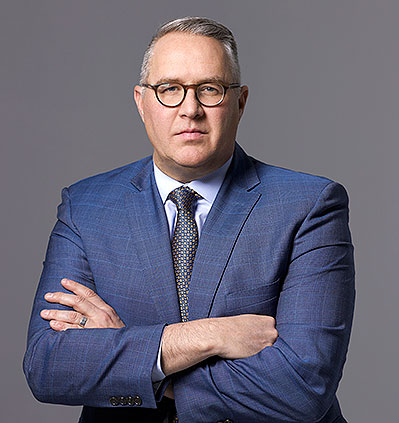 Richard's focus is on:

Richard is a member of the Executive Committee at BD&P and is the employment and labour group leader.

Richard has also presented at various conferences, panels, seminars, and other events, including:

Co-counsel in a $40 million claim and counterclaim, alleging misappropriation and misuse of confidential and proprietary information, unfair competition, wrongful solicitation of employees and customers, breach of fiduciary duties, conspiracy, defamation and oppression.

Counsel representing a defendant employer in two human rights complaints alleging discrimination based on gender, equal pay, and retaliation, which matters were heard before the Alberta Human Rights Commission, before the Court of Queen's Bench and twice before the Alberta Court of Appeal.

Employment dispute before the Court of the Queen's Bench

Hearing before the Alberta Labour Relations Board

Counsel in Alberta Labour Relations Board hearing, and judicial review to the Court of Queen's Bench of Alberta, in relation to successorship and common employer applications.

Counsel in a Saskatchewan Court of Queen's Bench Judicial Review of a Saskatchewan Labour Board decision relating to certification and the "build-up" principle in the Saskatchewan construction industry.

Advice to individuals and companies regarding employment and labour arbitrations

Counsel representing two defendants in a $25 million claim brought by 21 plaintiffs and involving seven defendants relating to freehold petroleum and natural gas leases in Alberta, including a lengthy trial before the Court of Queen's Bench of Alberta and appeal to the Alberta Court of Appeal.

Court of Queen's Bench of Alberta trial over a well blowout

Counsel in a $9.5 million claim brought by an operator against a well-control company retained to control a well blowout, which claim proceeded to a lengthy trial before the Court of Queen's Bench of Alberta.

Litigation Star in Benchmark Litigation Canada in the areas of employment and labour, energy and natural resources and securities (2017-2022)

Mandatory vaccinations in the non-unionized workplace – considerations for employers